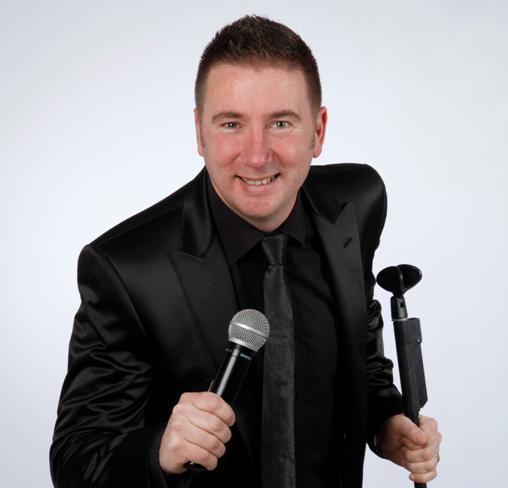 Scott landed his first position in Entertainment when he joined one of the UK’s largest Holiday Park companies as an all round entertainer.
He stayed with the company for five years, from 1992-1997 also working in various locations in the South and South West of England. During this period he honed his skills as a DJ, Compere, Children’s Entertainer and Host.
During the winter of 1994 Scott packed his bags and flew to Tenerife, where he took up the position as resident entertainer at ‘The Laguna Park II’. In 1997 Scott joined Bunn Leisure (Selsey) as resident Compere and then moving to Riverside Holiday Park (Bognor Regis) in 1998 as Entertainments Manager. He stayed there for 2 years. The start of the millennium took him to North Devon, where he was given the position of Entertainments manager at Woolacombe Bay H.V and Golden Coast H.P. His duties included running the Entertainment programme for the two parks plus managing and engaging the Entertainment teams.
Scott has become the name that T.V producers rely on to warm up their audiences pre air time, on shows such as ‘A Question Of Sport’, ‘Alan Carr’s Chatty Man’, ‘Dancing On Ice’, ‘League Of Their Own’, ‘Tipping Point’, ‘Loose Women’ and so the list goes on. Other highlights in Scott’s career to date include two 36-night tours as front man and Compere for ‘Variety Rocks’ and ‘Make Em Laugh’, which were theatrically produced for the many Bourne Leisure Holiday Parks across the Country. He has also been seen performing his stand up show at various holiday destinations overseas in places such as Egypt, Majorca, Turkey, Crete, Rhodes, Tunisia, Spain and Greece.